Implants are essentially balloons mimicking the shape of a breast that can be placed underneath the skin or muscle of the chest wall (pectoral muscle). The outer layer of the balloon is usually made of silicone and the implant is filled with either silicone gel or a saline solution.

In an immediate implant reconstruction, the scar can be confined to the location of the areola, the implant placed through this access incision and the skin closed (Fig. 1). Later, using the same incision, a nipple reconstruction can be performed, limiting scarring. 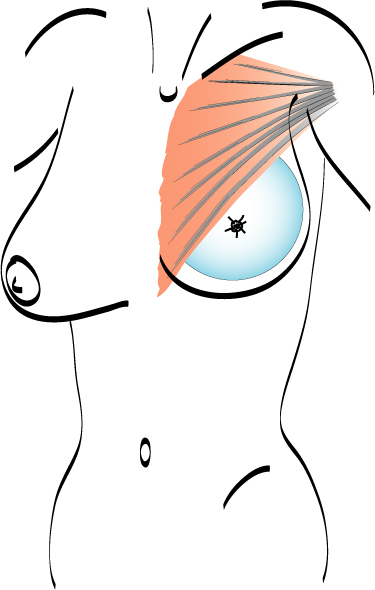 Fig. 1: an immediate implant reconstruction performed by a central areolar incision only. The implant is placed in a pocket underneath the pectoral muscle

In a delayed implant reconstruction, the horizontal or diagonal mastectomy scar is already present and can be used to introduce the implant. Unfortunately though, the longer mastectomy scar remains visible (fig. 2). A delayed implant reconstruction can be done in one stage if there is sufficient overlying skin or if the breast is relatively small. In these instances, the prosthesis is immediately placed beneath the pectoralis major muscle. Usually, however, the reconstruction is performed in two stages. 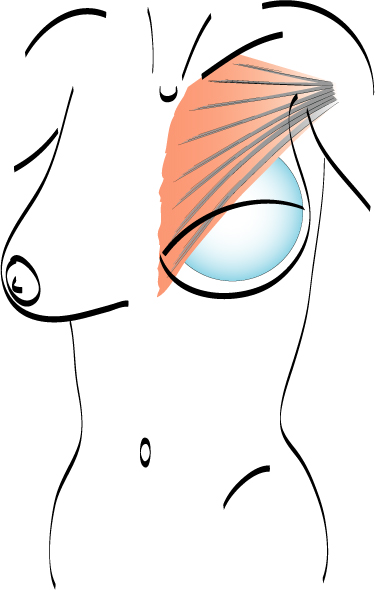 Fig. 2: a delayed implant reconstruction after a modified radical mastectomy. The remaining skin needs to be expanded first and the expander replaced by a permanent sub-pectoral implant at a second procedure.

At the first operation, an expander is placed underneath the skin and muscle of the chest wall to stretch and create a pocket for the final prosthesis. An expander is an implant that is connected to a small subcutaneous valve, welded in the expander or placed at a distance and connected by a thin tube that can be punctured and filled with saline. This mechanism allows a gradual increase or decrease in the volume of the expander. In general, the purpose of an expander is to stretch the overlying skin near the chest wall and prepare it for a permanent prosthesis. The inflation begins approximately two to three weeks after the first operation. Every two weeks, the expander is filled, until it matches the size and volume of the other breast. Sometimes over-expansion is required to obtain a more natural breast shape. At the second procedure, the expander is removed and a permanent prosthesis inserted (Fig. 2).

A permanent expander can also be used. The procedure is the same as for a temporary expander but the device will not be replaced with a permanent prosthesis. This saves one operation but does not offer an opportunity for adjustment if the breast shape is less than ideal.

Implants have dramatically improved over the last decade. The wall of the prosthesis used for reconstruction is now rough, so that it is less likely for an implant to move after surgery. Additionally, the devices are made in the shape of a pear or tear drop to mimic the shape of a natural breast. Instead of the traditional silicone gel, a cohesive gel is now used: if the shell of the prosthesis tears or breaks this gel will not spread elsewhere (Fig. 3), making the implants much safer. 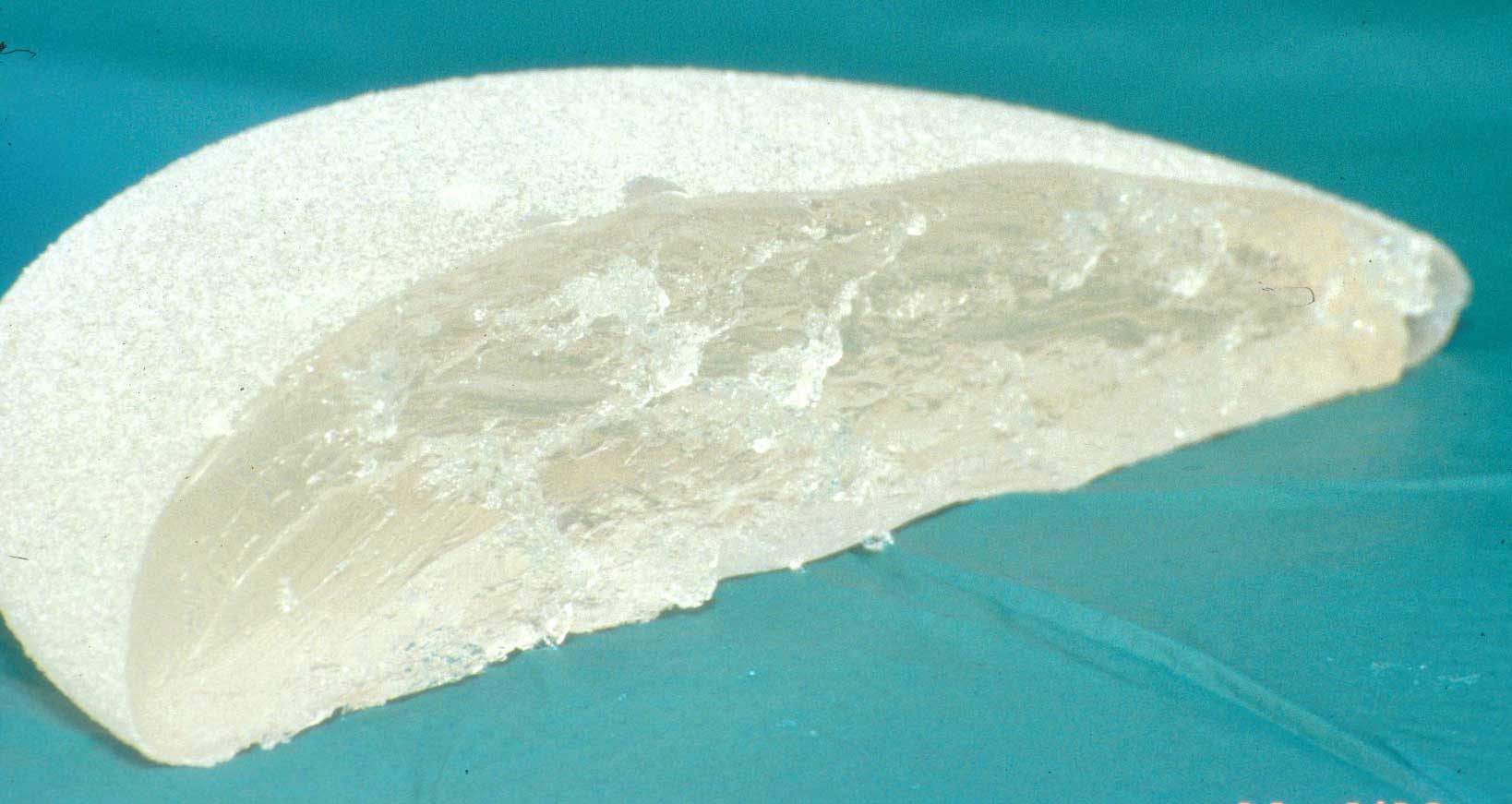 Fig. 3: Most modern prostheses have a tear drop shape and are filled with a cohesive silicone gel.

Implant based breast reconstruction is a relatively short, simple procedure with a low risk of postoperative complications; no additional scars are left on the body and the volume of the implants may be adjusted to the patient’s wishes, if expanders are used.

The main drawback of implant based reconstruction is the high risk of late complications. Implants, like any medical device, are subject to wear and tear and eventually failure over time. The longer the prosthesis remains in situ, the higher this risk. Complications lead to further operations and ultimately a greater financial cost, when compared to autologous reconstruction.

As with any surgical operation, bleeding, infection and wound healing problems are all possible. There is a slightly increased risk of infection with implants, as they are made of foreign material. Fluid collections around the implant, called seromas, can also often be detected following surgery.

There is however, no link between breast implants and auto-immune diseases, cancer, breast cancer recurrence, dermatological conditions or degenerative diseases.

In our experience and also according to the medical literature, administering radiotherapy, either before or after placing a breast implant, leads to a significant increase in all of these complications. In addition, later complications will develop earlier. The effects of radiotherapy can last for up to 15-20 years and as a result, many reconstructive centers no longer use implants in combination with radiotherapy.

Patients must also realize that it is frequently not possible to obtain the same excellent aesthetic results that can be achieved with autologous reconstruction, using implant based breast reconstruction.

Ideal candidates for implant based breast reconstruction are non-irradiated women with small non-sagging breasts. Good results can be achieved, particularly in bilateral reconstructions (fig. 4, 5). Patients who do not want additional scars elsewhere on their body or women with other associated medical problems that preclude a long surgical procedure (heart disease, coagulopathies, short life expectancy) are also potentially good candidates.

It is important to realise that implant reconstruction is not possible in patients in whom the entire pectoral muscle has been removed, the mastectomy skin flaps damaged or when severe radiation changes are present.

Fig. 4: Pre-operative (a) and postoperative pictures of the same patient who underwent bilateral skin-sparing mastectomy with immediate reconstruction using expanders (b) and later exchange for permanent breast prostheses (c, d). The tattooing of the nipple reconstruction is initially dark but the color fades with time. (e) seven years and (f) nine years after the reconstruction,following rupture of the saline-filled right breast prosthesis.

Fig. 5: Pre-operative (a) and postoperative (b) pictures of a bilateral immediate implant breast reconstruction after areola-sparing mastectomies.