However, following any surgical procedure there is always the possibility of bleeding, infection, delayed wound healing, deep vein thrombosis and more rarely pulmonary embolism. Implants have a slightly increased risk of infection, as they are made of foreign material. Fluid collections around the implant, called seromas, may also be detected following surgery.

A capsule is a layer of scar tissue that develops around an implant. It is produced naturally by your body in response to the presence of a foreign object. Initially, the capsule is thin and pliable and the implant feels soft (fig. 1). Later on, the capsule may start to thicken and the implant can progressively harden (fig. 2).

When the contracture is so severe that it deforms the breast (Baker classification IV) (fig. 5), it can be treated by either releasing the capsule (capsulotomy) or by completely removing it (capsulectomy). In some cases, the implant may also have to be exchanged.

Other late complications include displacement of the implant, the presence of palpable implant edges, chronic pain or wrinkling of the overlying skin.

Implants can move if they have been poorly positioned at the time of surgery or with contraction of the pectoralis major muscle (fig. 6). Rippling occurs when the overlying tissue is thin and the implant surface becomes visible (fig. 7).

If the overlying skin is very thin, friction from the implant may cause it to perforate (fig. 8). In addition, the implants themselves can rupture but they usually last an average of 8 to 10 years before they need to be exchanged. 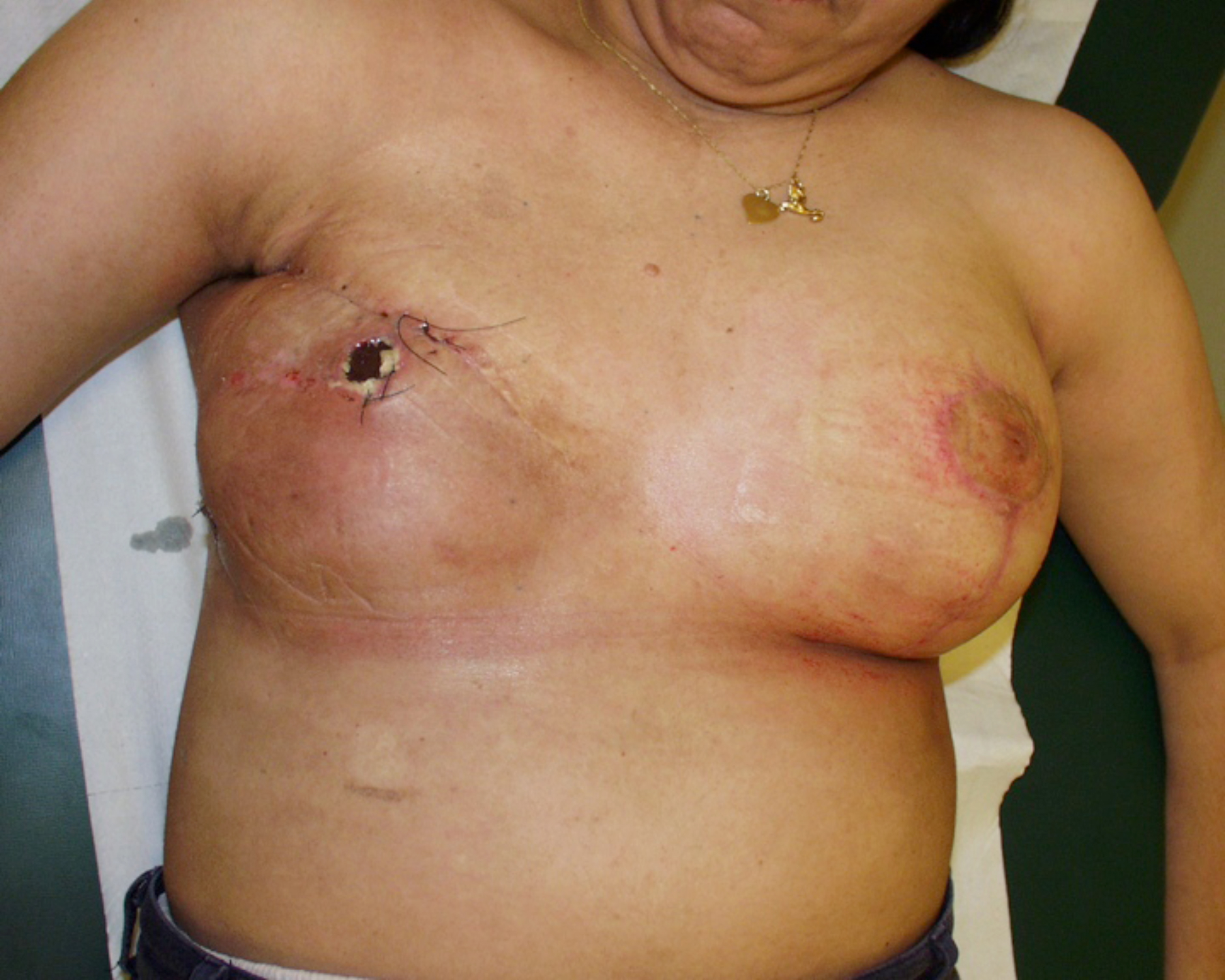 Breast implants do not cause a higher incidence of breast cancer recurrence, other malignant diseases, auto-immune diseases, dermatological problems or degenerative diseases.

In our experience and according to the medical literature, radiotherapy to the breast, before or after placing an implant, leads to an increased incidence of these complications. In addition, complications present earlier after radiotherapy. Since the effects of radiotherapy can last up to 15-20 years, many reconstructive centres no longer use implants in combination with this treatment.

Finally, patients must understand that it is frequently impossible to achieve the superior, stable, long term aesthetic results with implants that can be achieved with autologous breast reconstruction.

Breast Reconstruction with Expanders and Implants